LAWRENCEBURG, KY (JUNE 26, 2018) As Bourbon collectors continue their quest for those hard-to-find whiskey “unicorns,” Russell’s Reserve® unveils a real Kentucky gem with the release of Russell’s Reserve 2002 – a beautiful vintage hand-selected by Master Distiller Eddie Russell. This marks the first non-chill filtered, barrel proof bourbon from the venerable brand. To find the liquid for the release, this Bourbon Hall of Famer spent years searching through more than half a million barrels for the perfect sequel to the coveted Russell’s Reserve 1998, which received a 94 rating from esteemed publication Whiskey Advocate. A mere 25 barrels were chosen for this endeavor to create a truly sought-after spirit that will be a welcome addition for passionate connoisseurs.

What Eddie found was an exquisite batch distilled in 2002—the year the first-ever camera phone was introduced. While the world explored the wonders of mobile content capture, Eddie laid the barrels to rest in Wild Turkey’s Camp Nelson rickhouses. They sat quietly for 15 long years, aging until they reached peak maturity.

“When I tasted 2002 for the first time, I knew I couldn’t mess with it. It was exactly what I had envisioned, and I wanted Bourbon connoisseurs and collectors to experience the liquid in all its glory,” said Master Distiller Eddie Russell. “The sweet spot for our Bourbon is normally eight-to-12 years, but every now and then you find a barrel that defies expectations.”

This is the newest in a line of outstanding innovative whiskies created by Eddie Russell. In the past several years, Eddie has released some of the oldest Bourbons to come out of Wild Turkey warehouses, a feat that speaks volumes about his skills as Master Distiller. Eddie, a 37-year industry veteran, has mastered the craft of small-batch Bourbon.

As of late, he has been hunkered down, crafting awarding-winning, innovative and ultra-rare whiskies that have spirits aficionados and bartenders around the world buzzing. This year, Eddie and his legendary, beloved father Master Distiller Jimmy Russell celebrate 101 years of combined experience at the Wild Turkey distillery – a touching homage to the Wild Turkey 101 Bourbon that launched Jimmy’s career more than 60 years ago.

Made from a mingling of whiskies aged 15 years, Russell’s Reserve 2002 is a 114.6 barrel proof Kentucky Straight Bourbon. It has a nose of stone fruits, pear, citrus, oak and a hint of white pepper. It features notes of grapefruit, white chocolate and gentle spice with a finish that is long and malty with notes of cream, banana and coconut. Bottles will be available in extremely limited quantities in TX, OH, CA, FL, NY, NC, Il, OR, GA, TN, WA, AZ, NV and KY for a suggested retail price of $249.99. 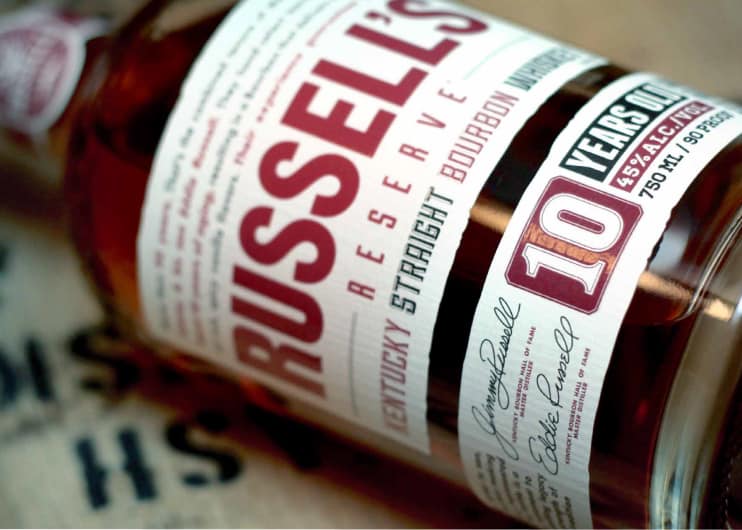 A LETTER FROM BRUCE RUSSELL

Dear Friends, For Wild Turkey, “101” has always held a special significance. It’s the…

A LETTER FROM BRUCE RUSSELL

Dear Friends, For Wild Turkey, “101” has always held a special significance. It’s the…

MATTHEW MCCONAUGHEY TEAMS WITH BOURBON HALL OF FAMER TO…